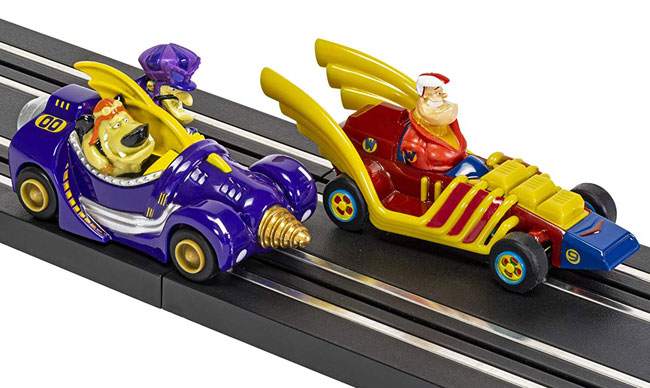 They should have done this years ago. But on the plus side, the Scalextric Wacky Races set is finally here.

Yes, a Wacky Races slot set. It’s the perfect marriage of toy and TV show. After all, the TV was just racing around for 10 minutes or so. So why not recreate it in your own home? 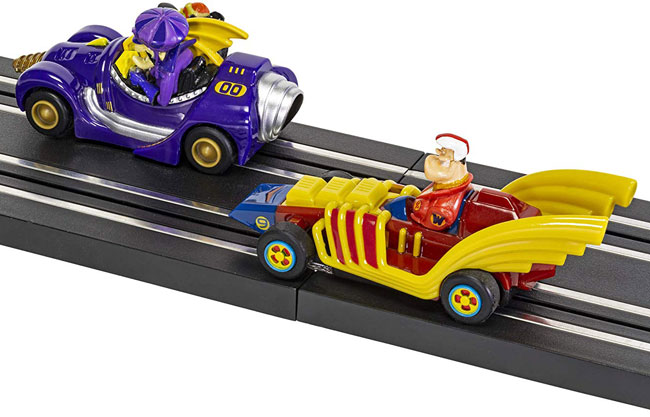 As you probably know, Wacky Races was a Hanna-Barbera cartoon from the late 1960s but you might not realise that just 17 episodes were actually created. As a child, I thought there were hundreds. 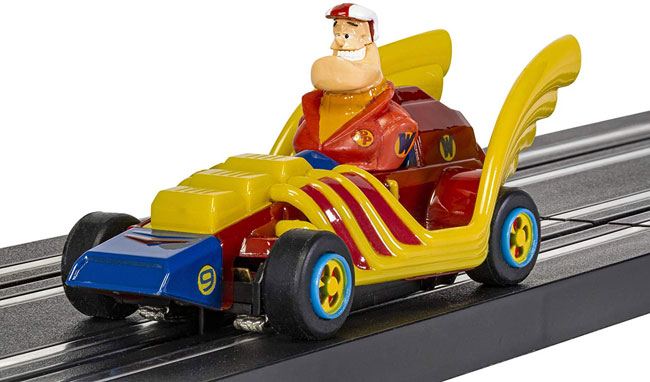 The villain of the series was Dick Dastardly, along with his sidekick Muttley. But there were many other characters in the race – 23 people and animals over the 11 race cars. The downside of this game is that you don’t get them all or e even the option to pick them all up. Raving here is Dick Dastardly against Peter Perfect. Although you can buy Penelope Pitstop separately if you want to mix things up. I’d have loved an Ant Hill Mob car too, but you can’t have everything. 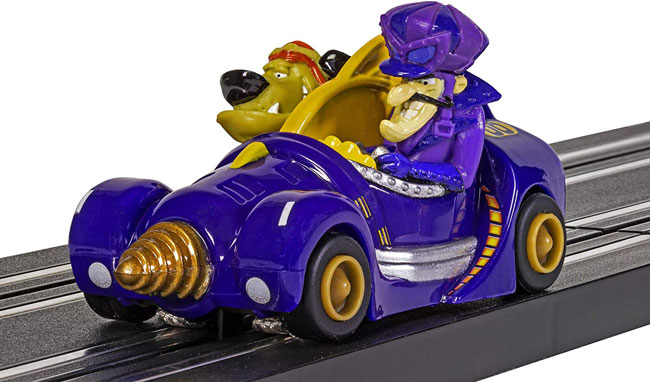 The set is actually a Micro Scalextric, which is battery-operated and with 4 metres of track, which offers 9 layout options including a loop the loop and a vertical stunt ramp. Probably aimed at younger children with a starting age of 4 (basically this is a little more sturdy and easier to use than the bigger sets), but I can think of a few older ones you might be tempted by this – or might buy it for their kids as a front for playing it themselves.

Either way, this is likely to be a lot of fun and probably a dream of a present for someone on Christmas morning. If you want one it sells for £49.50 and is available now.

Oh yes, if you want the extra Penelope Pitstop you can find that here.