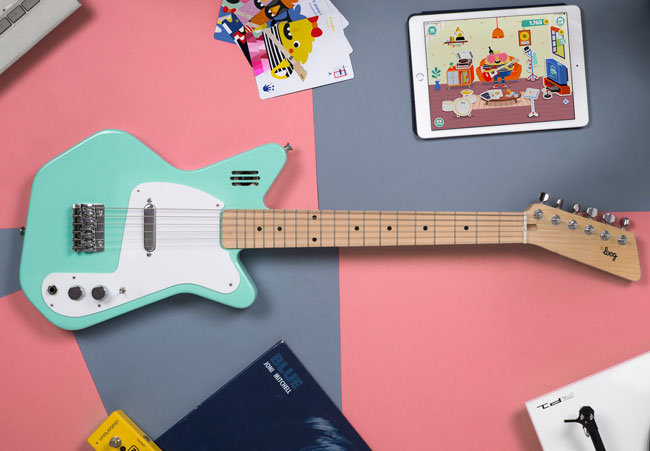 Following on from earlier models, you can now get these 1960s-style Loog guitars with built-in amps and built-in speakers. 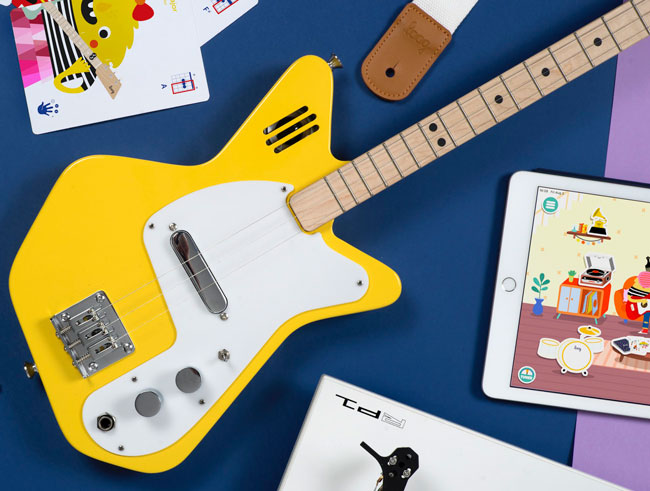 That’s a big step up for a guitar design I love anyway, with the selling point of the 1960s design intact. But with some added technology to sweeten the deal. 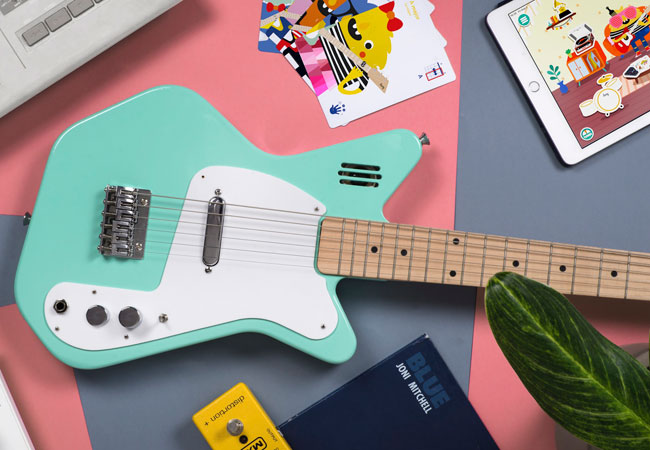 The new range of guitars has just launched on Kickstarter, which has been fertile ground for the company in the past. In 2011, the first version launched there and in 2013 and 2017 an electric version was also pitched there, making the Loog the bestselling guitar on Kickstarter ever. 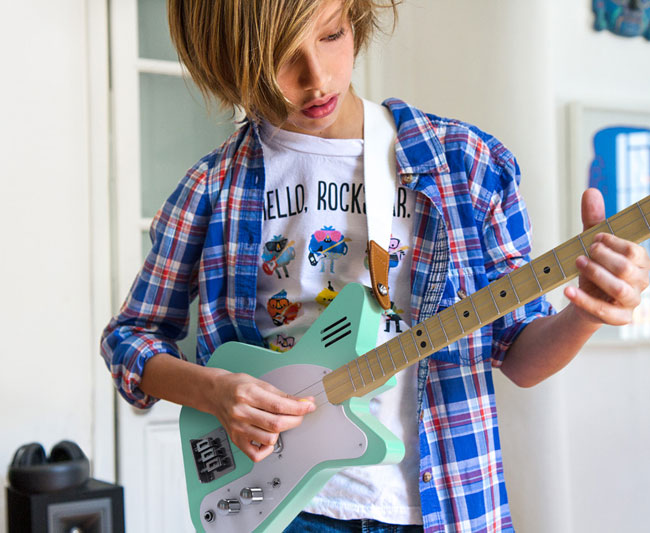 With that in mind, the new version should be a success, especially as it gives you the opportunity to get the new models for a discounted price and before anyone else gets in on the game. 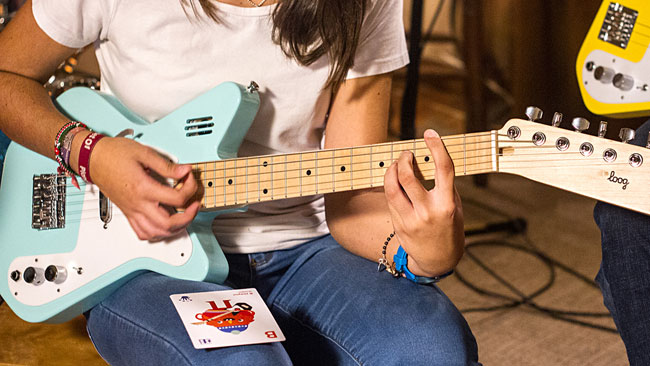 Loog’s new range features three sizes of guitars – Loog Mini (ages 3+), the Loog Pro (ages 8+) and the Loog Pro VI (ages 12+). All three models come with a built-in amplifier and speaker, with the option to pair with the free Loog app. 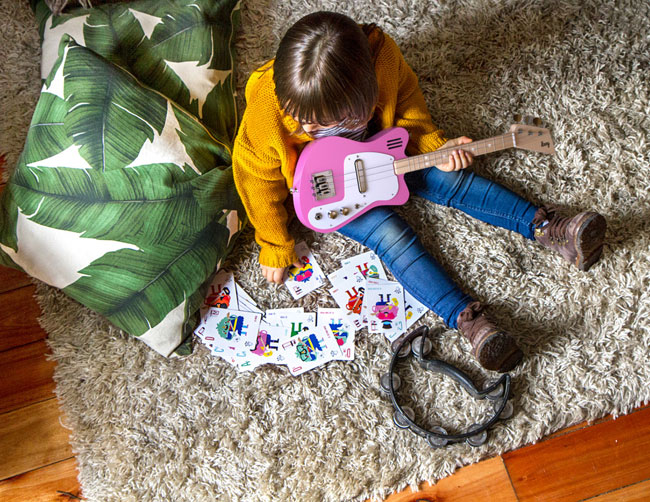 That app allows users to learn guitar through Augmented Reality (using the selfie camera!), courtesy of video lessons and games. The new app also has a digital songbook, so aspiring rockstars can learn by playing songs by The Beatles, the Rolling Stones, Taylor Swift, Bruno Mars and more. The app allows you to mute tracks, slow the tempo and even record yourself playing. Loog Guitars also come with flashcards that teach beginners how to form chords. 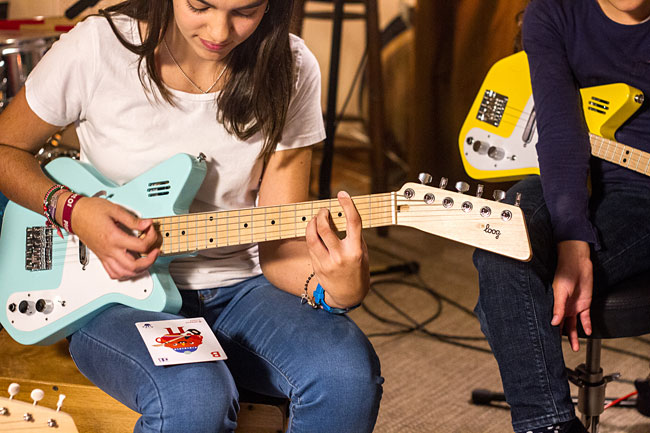 ‘The concept is to make it fun, easy and stimulating for anybody to play music. When you get a Loog, you get more than just a guitar,’ said founder Rafael Atijas. 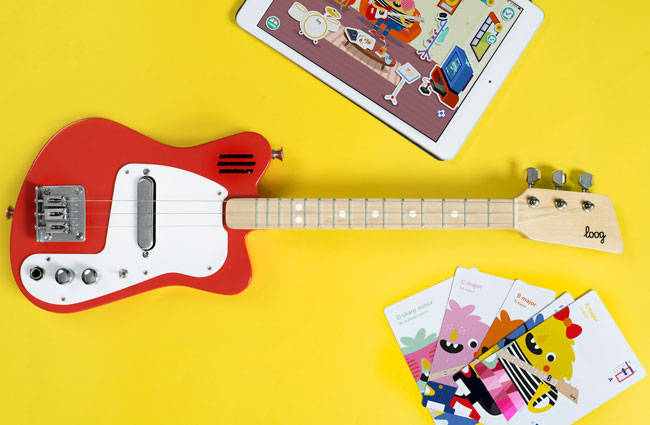 ‘You get an instrument bundled with everything you need to learn to play songs. Kids are playing, learning and having fun from the very beginning, acquiring skills that stay with them forever.’ 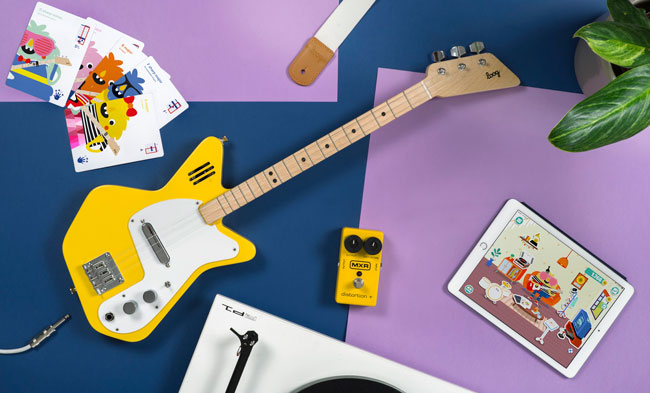 Each of the models is available in six colours, with full specifications of the guitars on the Kickstarter page. If you want to get one of these new models first, you can sign up for one at the Kickstarter page (as many have already done), with the option to secure one for as little as $99.