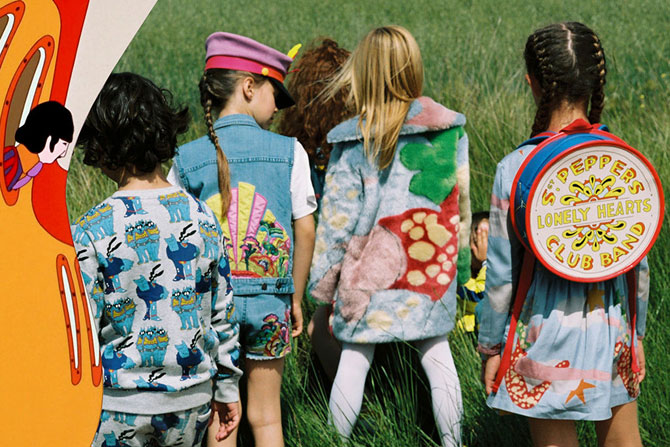 Considering the family name, it’s no surprise to see Stella McCartney’s Yellow Submarine fashion range for kids on the shelves. 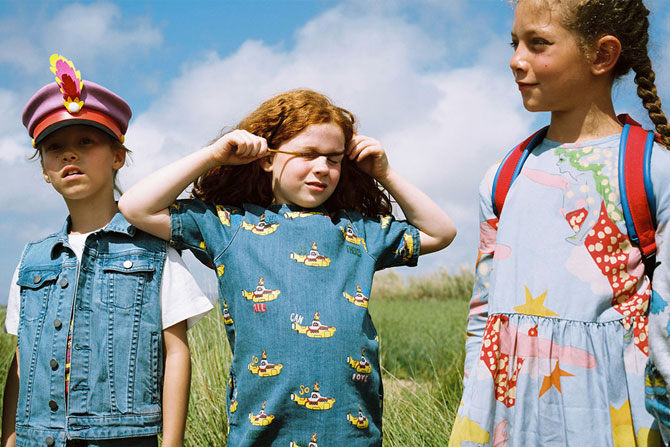 The range is actually called All Together Now, a play on the classic Beatles tune from the Yellow Submarine movie and album. Some of the range is available to pre-order directly from Stella McCartney now, while other parts are already available to buy at other retailers. Including the ‘hero’ piece in this range, something I desperately want for my kids right now – if I can trust them to look after it. More on that in a moment. 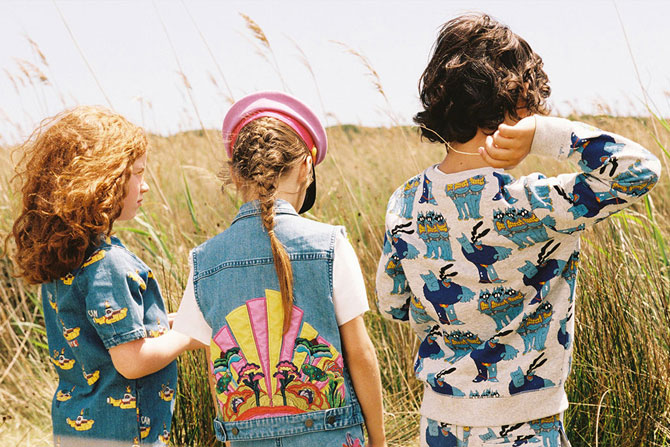 First up, let’s talk the range itself, which is a celebration of the much-loved animated movie. 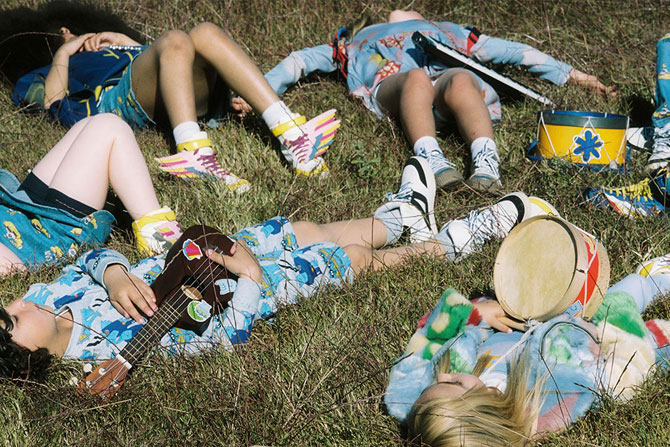 Now 50 years old, the clothing is part of the half-century celebrations. Note that there is a men’s range and a women’s range if you don’t want to miss out yourself. But for me, the kid’s range is where it’s at. 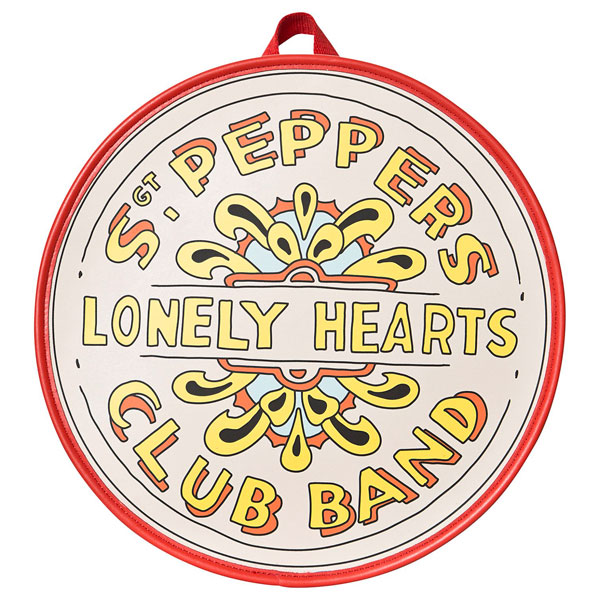 According to Stella McCartney, the film has an ‘uplifting message of togetherness is an important one to instil at a young age’, which I think we can all agree with. 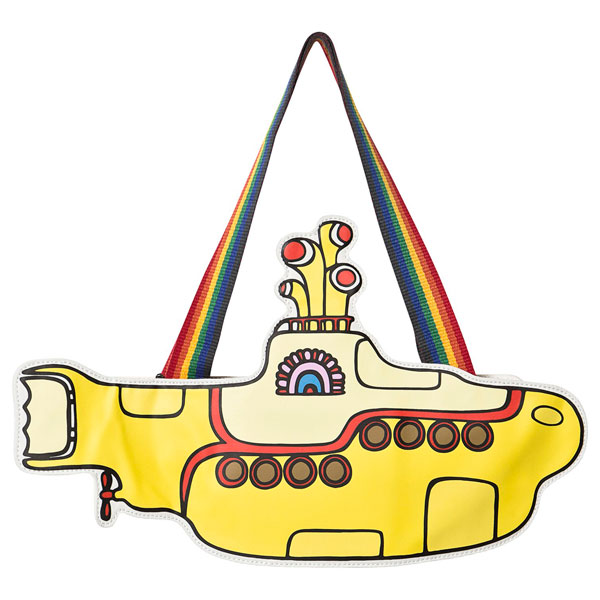 After seeing the movie once more last year, Stella was inspired to reimagine it for a new generation, with nods got the imagery and costumes of the movie that should appeal to any child keen to dress up. In my experience, that’s pretty much all of them. 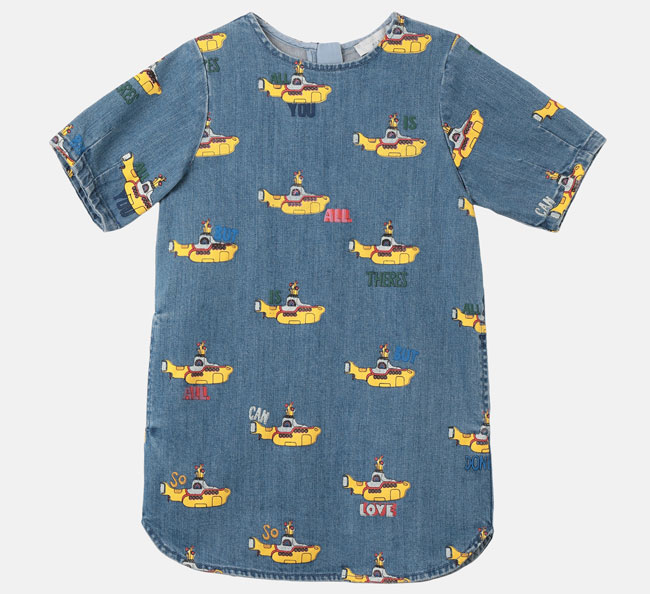 Outerwear is inspired by the marching band uniforms, Blue Meanies pop up across the range and bright embroidery makes a statement on the bombers. But for me, the standout pieces aren’t the clothes (which I love by the way) but the accessories. 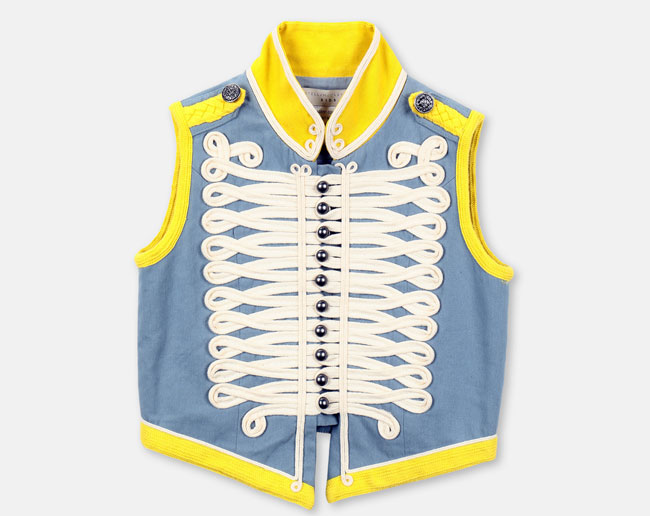 Yes, as you can see from the top of the page, you can get the most amazing Sgt. Peppers drum backpack. That is the one everyone will want. or at least, parents will want to see on their kids. If that’s not enough, have a look at the Yellow Submarine rainbow strap bag. I know, it’s just too much. 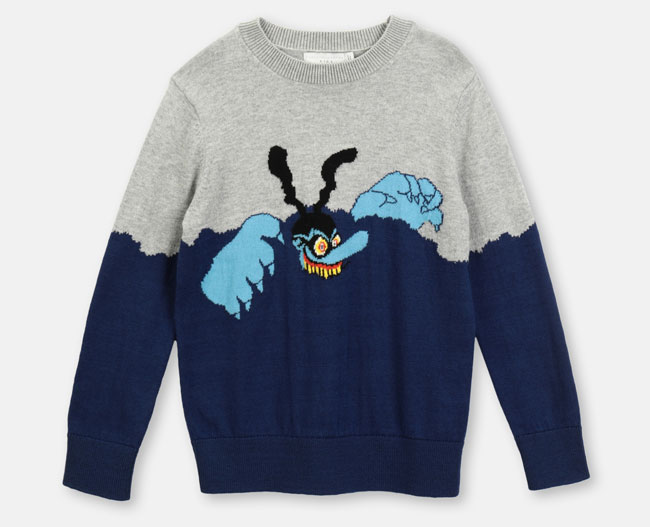 So much to see and enjoy and most (if not all) available to order now. But you might want to check the bank balance and consider how well your kids have been behaving before you start hitting ‘buy’ for everything. 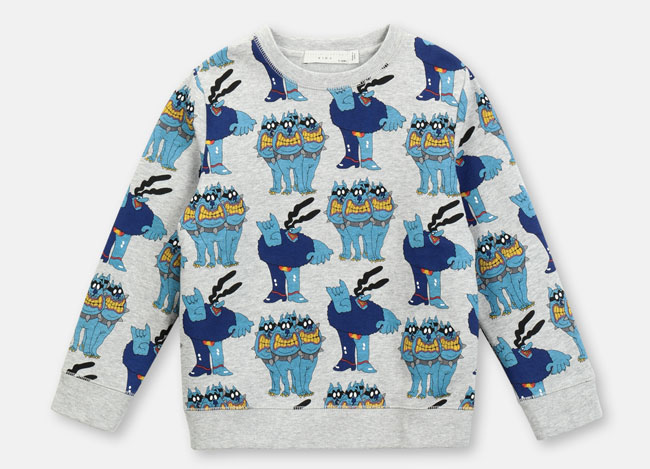 If you want the drum backpack, that sells for £125 at Alex and Alexa. Also, the Yellow Submarine bag is £120 at Alex and Alexa. So those two alone are setting you back almost £250. Saying that these are investment pieces. Look after them and they should look after you. 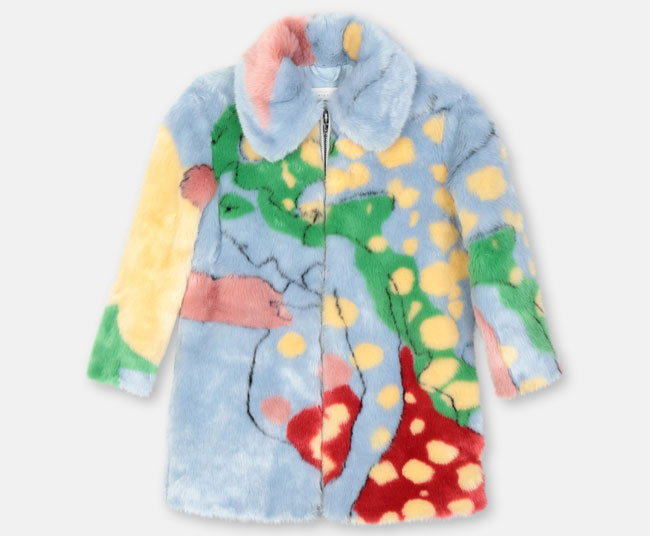 As for the clothes, most of that is available to pre-order now, with some also available via Alex and Alexa. As a guide, the Blue Meanie jumper is £82, the dogs t-shirt is £48, the tie-dye band t-shirt is £58, a military cotton gilet is £115, the colourful faux-fur coat is £172 and the wonderful denim dress featuring the Yellow Submarine design is £77. 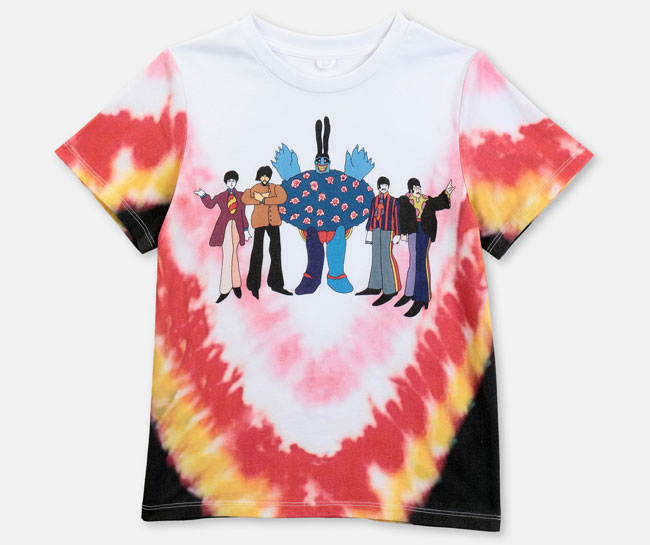